The Oklahoma State University Library will honor the 100th anniversary of the Armistice that ended the Great War with poetry and music of the World War I era presented by Dr. Randi Eldevik and Dr. Perry Gethner on Wednesday, Nov. 28. at 4:30 p.m. in the Peggy V. Helmerich Browsing Room, Edmon Low Library.

Memories of the Armistice: A Christopher Hassall Sonnet

Dr. Eldevik will be presenting an original Christopher Hassall poem: a sonnet describing his memories of how the November 1918 Armistice was celebrated in England. It is a rueful and bittersweet sonnet written in 1939, when World War II had already begun. In this sonnet, Hassall looks back over a distance of 21 years on the optimism that had been prevalent in November 1918; but from his standpoint in 1939, when he was an army officer preparing for service in a new war. 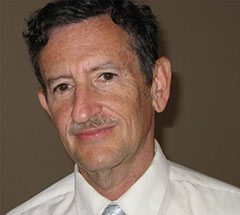 The Great War and Its Legacy: A Piano Performance of World War I-Era Music